Songs at the Center

is brought to you by…

There’s a place in the eastern region of the U.S., just below the Great Lakes with cities, natural resources and possibility. That place is Ohio. Ohio ranks among the world’s largest economies – rich with resources, technology, education, globally recognized companies and skilled Ohioans with a strong work ethic. From the very beginning, people have been the heartbeat of the state. Join us in transforming big ideas into reality.

The Ohio State University Comprehensive Cancer Center – Arthur G. James Cancer Hospital and Richard J. Solove Research Institute strives to create a cancer-free world by integrating scientific research with excellence in education and patient-centered care, a strategy that leads to better methods of prevention, detection and treatment. Ohio State is one of 51 National Cancer Institute (NCI)-designated Comprehensive Cancer Centers and one of only a few centers funded by the NCI to conduct both phase I and phase II clinical trials on novel anticancer drugs sponsored by the NCI.

As the cancer program’s 356-bed adult patient-care component, The James is one of the top cancer hospitals in the nation as ranked by U.S. News & World Report and has achieved Magnet designation, the highest honor an organization can receive for quality patient care and professional nursing practice. With 21 floors and more than 1.1 million square feet, The James is a transformational facility that fosters collaboration and integration of cancer research and clinical cancer care. To learn more, visit cancer.osu.edu.

The National Educational Telecommunications Association (NETA) is one of the nation’s leading service organizations strengthening and amplifying public media’s education mission. We are a 501(c)(3) membership organization providing leadership, support, and services to individual public media licensees, their affinity groups, and the public media system as a whole.

To empower public media organizations to achieve their educational potential in communities throughout the United States.

We’re looking at you, and we envision you as strong member organizations that are valued by your communities because you improve education outcomes and inspire learning at every stage of life.

We insist on integrity, credibility, inclusiveness, diversity, professionalism, innovation, leadership and responsibility in all we do.

The Peggy R. McConnell Arts Center of Worthington (MAC) presents, promotes and teaches the performing, visual and digital arts. An historic cultural facility, the MAC was renovated from a school, built in 1915. The facility consists of the 213-seat Bronwynn Theatre, an exhibition gallery, four classrooms, a digital imaging studio, a dance studio and rotating exhibitions. The MAC’s mission is to “Change lives and make memories through creative arts experiences.”

Six String Concerts, Inc. was founded in 1988 by a group of friends who loved acoustic music and wanted to bring the best performing songwriters to Central Ohio. Today, Six String Concerts continues to produce 8-10 shows a year. The concerts are held in intimate, smoke and alcohol-free environments that allow the performers and audiences an unhindered musical experience. 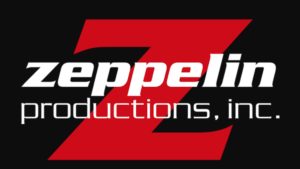 Zeppelin Productions, Inc. was founded in 1995 by Alec Wightman, a Columbus, Ohio corporate attorney with a passion for music.  As Alec, who also happens to be a member of the Board of The Rock and Roll Hall of Fame, puts it, “I rent a hall, hire a sound man, bring in the artistes, sell tickets off an e-mail list, try not to lose too much money and have more fun than any human being should be allowed to have.”

Alec got talked into doing his first show by Tom Russell, who he has consistently introduced as “the finest singer-songwriter working in America.”  Since that debut in March of 1995, Zeppelin Productions has brought artistes to Columbus which satisfy two criteria—great music (which means Alec loves it) and nice people.  Most of the artistes have made it to the Zeppelin stage as a result of referrals from those who have been there before, and many have described it as “the best gig in the industry.”

But, the real secret to Zeppelin’s success is the Music Fans — many of whom have supported these shows from the beginning. It’s an eclectic group, from doctors and lawyers to music lovers who haven’t left the late ‘60s.

Established in 1973, France & Associates is a full-service agency offering a variety of professional insurance products and services. We serve the insurance and financial needs of an ever-growing number individuals, families and business concerns in Franklin, Delaware, Union, Madison, Pickaway, Fairfield and Licking Counties.