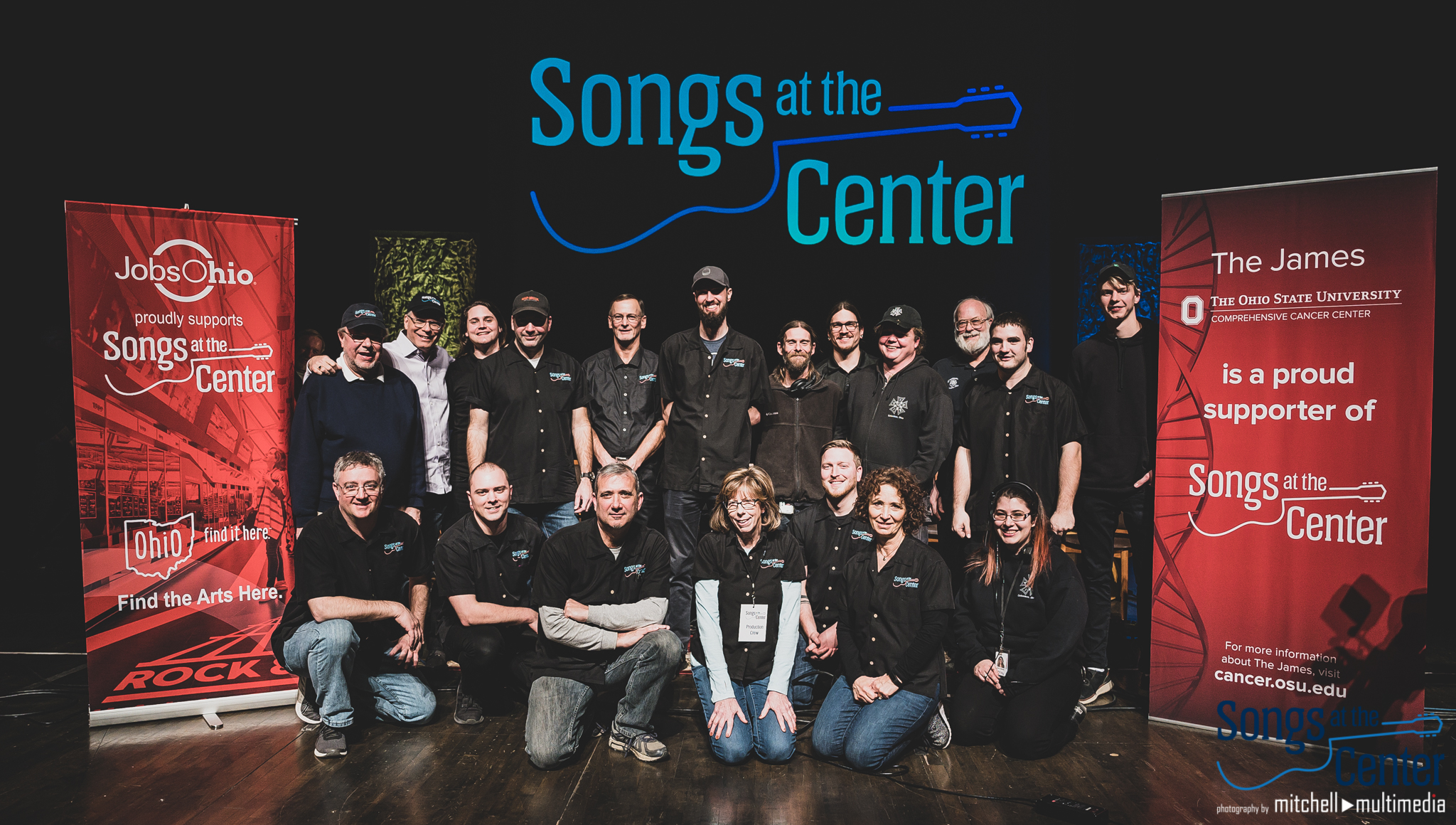 SONGS AT THE CENTER PRODUCTION CREW

Songs at the Center celebrates The Song. The Songwriter. And Their Stories. We feature Songwriting Royalty, as well as other artists you’ll want to get to know better. The series is taped before a live audience, in an interview/performance format, where singer-songwriters sit down with series creator and host, Eric Gnezda, for a chat and a few songs. While the majority of our shows feature an in-the-round format, we also reserve a few shows per 13-episode season for exclusive one-on-one interviews/performances with the top names in the industry.

Eric is an award-winning songwriter and Emmy-nominated producer.

Eric has seen success with a wide range of songwriting styles – from inspirational anthems, to country, to comedy. Eric and his work have been featured on media around the globe, including ESPN, Entertainment Tonight, and NPR (Car Talk, and All Things Considered).

He headlines and keynotes conventions across America as a speaker and songwriter.

He received his MFA in creative writing from the Rainier Writing Workshop at Pacific Lutheran University. His latest album is Songs of Hope in a Changing World. 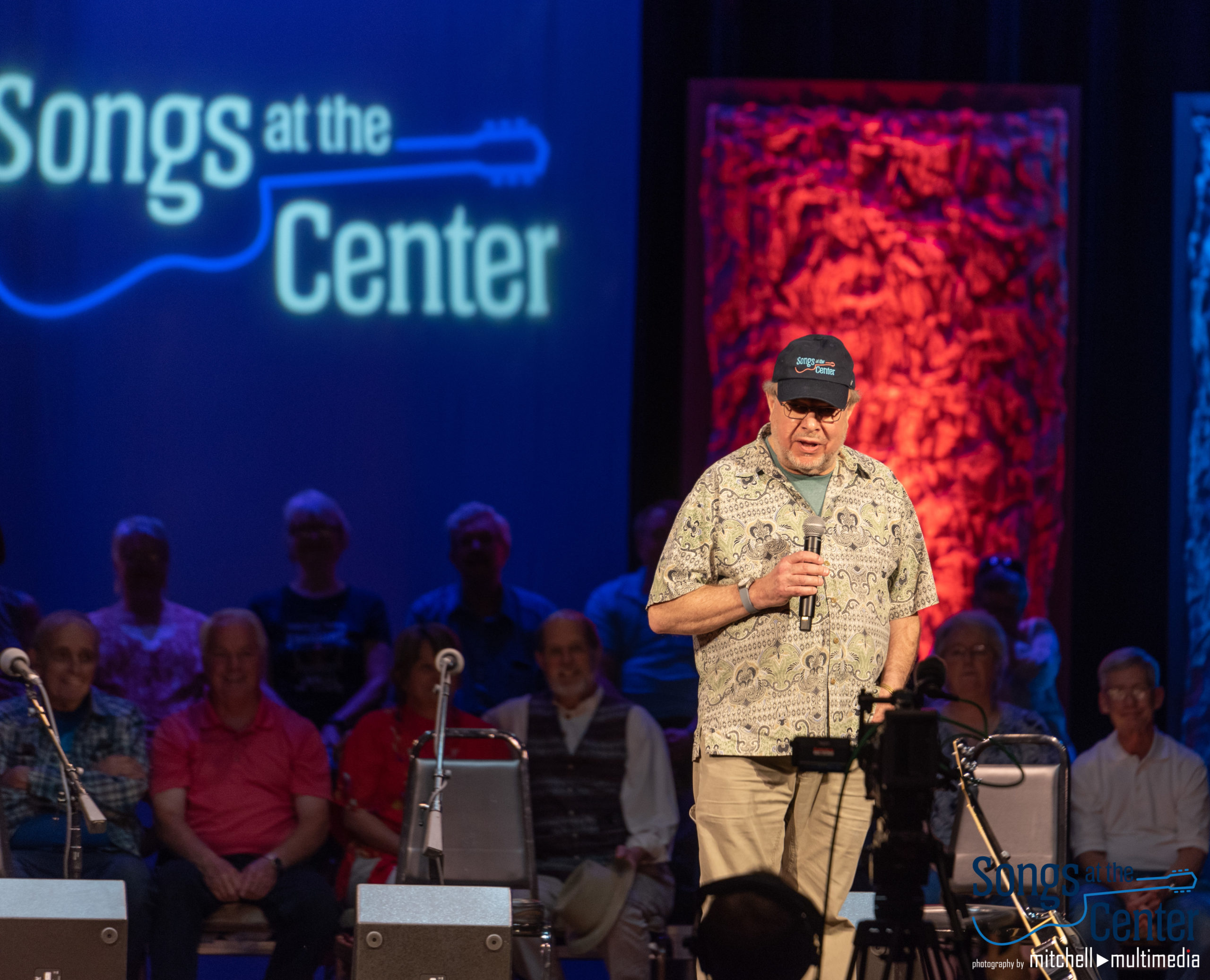 Jack has developed business and marketing plans, and hired key personnel for dozens of major broadcasting companies nationwide. He has provided expert testimony in several entertainment industry-related court cases and has also been the owner of a successful radio station, president of a chemical manufacturing company, and a consultant to interesting projects in fields as diverse as Publishing and Banking.

Very early in his career, after earning a BBA in Marketing from Kent State University, Jack was a highly rated drive-time Air Personality and/or Operations Manager at radio stations in Cleveland, Milwaukee, Atlanta, and Columbus, Ohio. Before leaving radio and moving on to other challenges, Jack was named Billboard Magazine’s Large Market Program Director of the Year, and had taken home two top awards from the New York International Radio Festival.

A licensed pilot with a seaplane rating, and for many years, a licensed pyrotechnician, Jack has driven in two Alcan 5000 Road Rallies and once rode his motorcycle to the Panama Canal, just for the heck of it.

Regarding this latest assignment, which he accepted with typical enthusiasm, FitzGerald quipped, “I’ve worked with Eric before…and it’s never dull! So, let’s fasten our seatbelts…and Crank up the Fun Machine!!!”

He also extends his talents into professional sports, working on the game-day production teams of Major League Soccer franchise, The Columbus Crew, and the National Hockey League’s Columbus Blue Jackets. He is also an active, performing musician.

Andy is the Director of Operations at the Peggy R. McConnell Arts Center of Worthington, and also serves as Technical Director for McConnell’s Bronwynn Theatre, the active, intimate home to Songs at the Center. Andy has 20 years experience producing special events, including hundreds of concerts for national acts, corporate functions, fund-raisers, and several events for the White House.

Prior to that, Andy spent several seasons with the Columbus Chill hockey team, and for 17 seasons was in the control booth on game days for Major League Soccer’s Columbus Crew.

Originally from Salem, Ohio, Andy graduated from The Ohio State University and has made Columbus his home. When not working, Andy enjoys scuba diving, water skiing, hiking, reading and watching sports.